During the 2019 short rains season in Kenya, PRISE partnered with Precision Agriculture for Development (PAD) to provide maize farmers with timely pest management information on Fall armyworm (Spodoptera frugiperda). By building on PAD’s existing messaging service, which is run in partnership with the Ministry of Agriculture, the two-way SMS platform known as MoA-INFO was utilised to disseminate PRISE pest alert forecasts and pest management advice to over 6000 smallholder farmers.

The MoA-INFO system sends a series of pre-determined calendar-based messages via SMS to advise farmers on how to manage and control the invasive fall armyworm pest. The PRISE alerts are dynamic, actionable time estimates based on a variety of Earth Observation data sources as well as crop and pest models. The format of these alerts are ‘number of days to action’ from crop planting and are based on the time taken for the larval population to reach its maximum incidence for each calendar month during the cropping season.

The pilot of integrated PRISE alerts into the MoA-INFO system was implemented during the short rains production season in Kenya, in 48 of the 290 constituencies. PRISE messages were sent out specifically to maize farmers who were able to use PADs fall armyworm monitoring tool to guide them around their field and assess the level of fall armyworm infestation. Based on their assessment in the field, suitable advice was provided to control the pest population in the form of cultural and chemical control advice over SMS.

The overall aim of the pilot was for PRISE to gain experience in implementing PRISE alerts via third-party dissemination channels and to gain valuable insights to fuel future project developments and outputs. Following the completion of the pilot, in-depth phone surveys were carried out in collaboration with PAD, some highlighted findings and outcomes of the pilot are:

From the results of the farmer surveys, the PRISE-PAD pilot was considered a success in terms of reaching farmers with timely advice on fall armyworm management. Farmers reported that the SMS contents were clear and useful, with a majority of farmers surveyed reporting that they had acted on the information and advice provided. Farmers reported that implementation of the advice in the MoA-INFO and PRISE messages led to a reduction in fall armyworm infestation levels and increased maize harvests. PRISE continues to partner with PAD on further dissemination activities, with a larger fall armyworm campaign planned for the short rains season in Kenya this year.

The findings of the SMS pilot survey have been published in a CABI study brief. 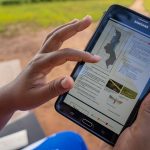 Previous Story:
PRISE is seeking partners in dissemination and crowdsourcing 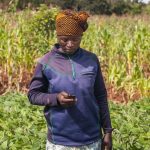